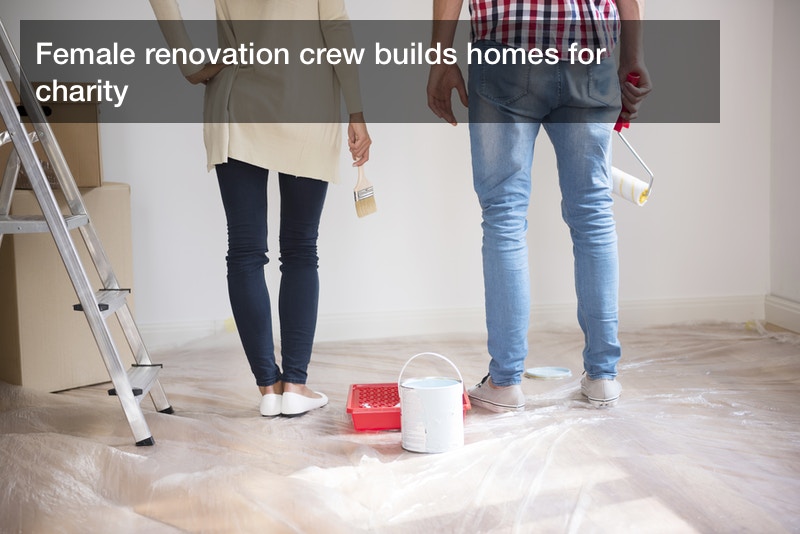 Over sixty female construction workers got together to build more than a dozen new homes in this video, which showed a local news clip showcasing the occasion. The event was Habitat for Humanity’s Women Who Build Project. And while the event included multiple groups, this video focused on the team building in Barrio Logan, a neighborhood in San Diego. Habitat for Humanity is a charity organization that can build new homes or perform renovation on existing homes for low-income families. This Women Who Build team not only built the homes, they also raised over a hundred and fifty thousand dollars for the organization.

When asked why they participated, several volunteers gave their reasons on video. One said it was a great time for her and her usual crew and that they got to do something a little different from the norm and give back to the community in this way. Another had a more somber answer. She said that she and many of the others know how difficult it can be to be the mother of the household. So if their work can provide families with a home and ease some of that difficulty for other mothers, they want to do what they can.

Becoming a homeowner is considered an important part of the American Dream and, as the video points out, this dream is out of reach for many people. Habitat for Humanity tries to change that by providing quality housing and the opportunity to purchase it for families who would otherwise never have that chance. Events like Women Who Build bring together the people with the skills and tools to get those houses put together. The women participating say that it was a great experience for them. They got to have fun while they gave their time and skill to a cause they believed in. At the end of the construction, the women went into the new houses and left messages of support for the homeowners that would be coming in. Even though they knew they’d never meet these people, the women felt a connection with them and left sweet, inspiring messages for them to find when they move in.

According to the video, the houses would be completed about a year and a half after the segment was aired on the local news. The anchors also stated that multiple events were happening that weekend, creating even more new housing for families in need.